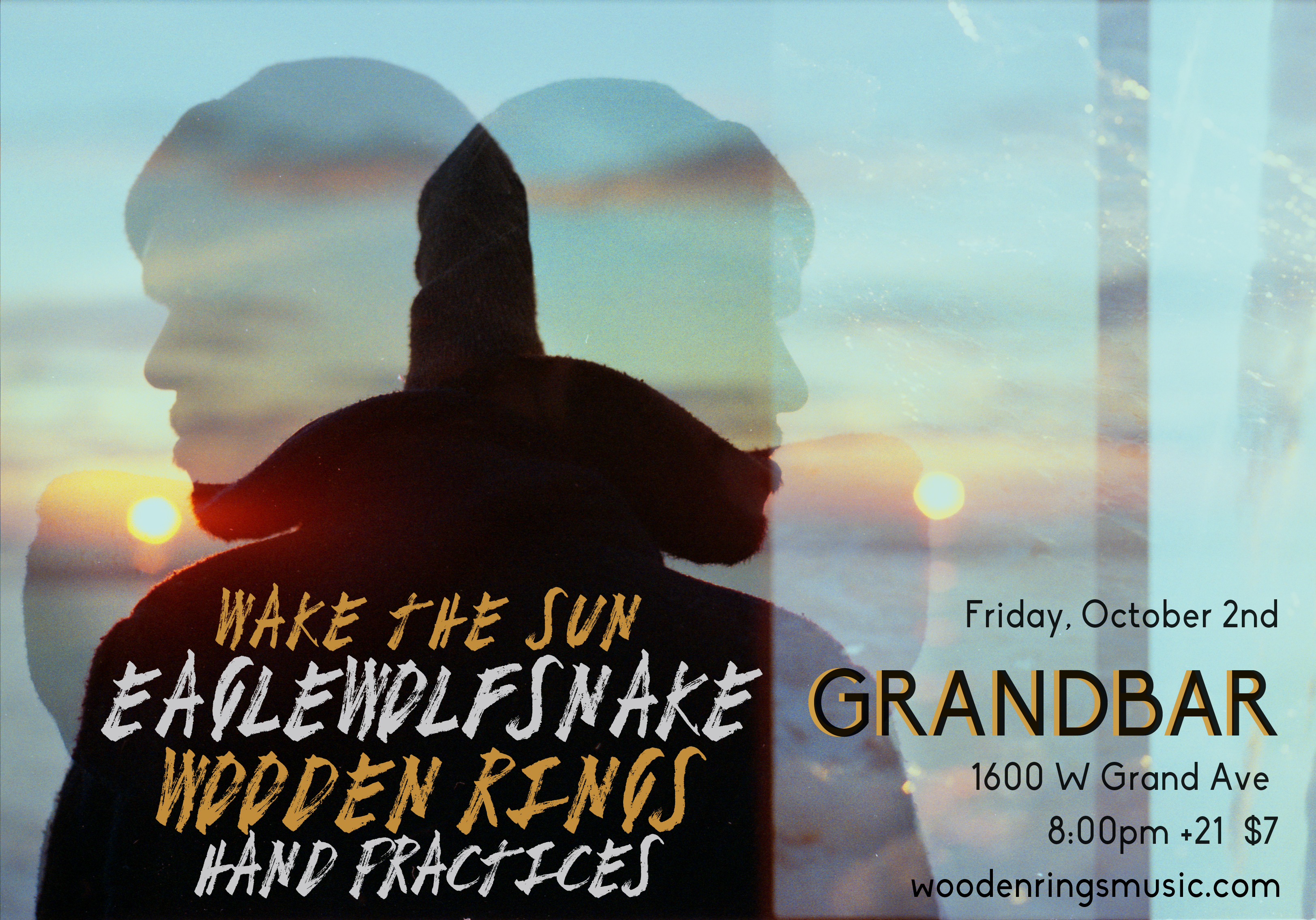 Read more
Hand Practices and our pals in Wooden Rings will be representing Chicago at GrandBar on Friday, October 2nd at probably sometime around 8:00pm in a rock and roll show featuring touring bands from each coast. In one corner, from San Francisco, weighing in at 475 lbs, EagleWolfSnake and in the other, from NYC, at a combined weight of 625 lbs, Wake the Sun. This show may or may not be sponsored by Jameson. We don’t know. That might mean there will be drink specials, but if not, Grandbar’s drink prices are as reasonable as their event calendar is mysterious- but hey, that’s rock and roll, right? But bring money because it’ll cost something, and if that something is not a single digit number, I will eat my hat. Going out on a limb, I’d say $7.00 for the east, west, and third coast entertainment. Pretty good deal woodenringsmusic.com