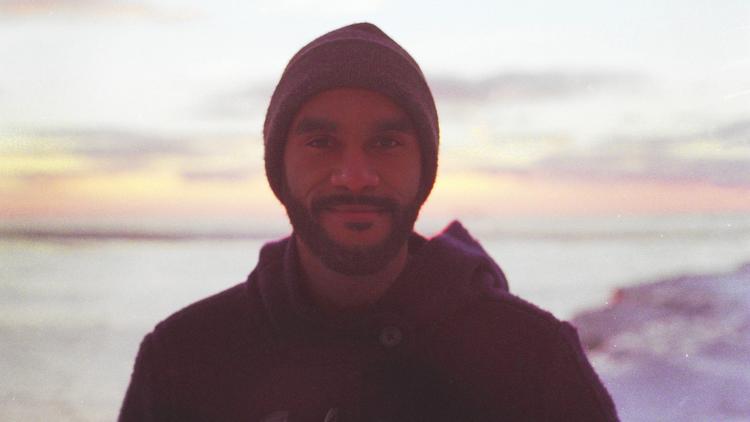 Wooden Rings in the Chicago Tribune

The eerie, methodical construction of Wooden Rings’ music sounds characteristically Chicago. This lush, multilayered brand of chamber pop might not be the most popular sound in town, but its roots can be found in acts who’ve grabbed national and international acclaim.

The first that comes to mind is the quiet and composed Andrew Bird but comparisons tend to reduce the vision of the artist. And in Wooden Rings, the brainchild of Ramah Jihan Malebranche, the vision is precise and haunting in its beauty and strength.

Born in Haiti but raised on and off here and his homeland, Malebranche’s music sounds pulled from a variety of different sources and ideas, all flowing together to create off-kilter pop that bends and weaves rather than pushing straight from verse to chorus. Malebranche’s clear vision can be heard throughout his songs.

On the 2013 “Twisted & Tangled” EP, the lonesome, contemplative lyrics of Malebranche couple lovingly with eerie, piercing wind instruments and flourishes of steady guitar. The songs are as classic as any other — about the trajectory of an old relationship — but the construction and unique instrumentation elevates the music to something much more interesting, even profound in its beauty. More than anything, Malebranche writes with heart — a heavy one — making his music the kind that sticks with you long after you hear it. That he hasn’t found more acclaim feels like a fluke, yet something that can be rectified with just the right push.

Malebranche’s new project is “Heliocentric,” a reflection of his current personal and professional state of mind. “I just realized I can’t keep singing about this music and my struggles getting over this relationship,” he said. For one, he is married to someone new.

Heliocentric means sun-centered, so this new material touches on this dark and desolate season and how Malebranche’s need for the sun trickles down to his personal friendships and relationships.

“I was originally born on an island in the Caribbean, and so every winter I go through this cycle of really missing that and needing to see color and needing physical contact and reassurance. Just this whole cycle of emotions,” Malebranche said about his new material. “There is a seasonal tilt to the way I feel and how rigid I am. Our winters in Chicago have become very severe and almost knee-jerk winters. They’re not as smooth as they used to be. I have a feeling I’m not alone in this.”

From a professional standpoint, Malebranche defines the new material as a better reflection of the band’s lineup: Peter Burger V, Jon Ozaksut and Nathan Staley, with occasional assistance from Joshua Torrey, Andrew Zelm and Keith Bjorklund.

The songwriting process is more collaborative, pulling not just from the psyche of Malebranche but from band members as well. But more than that, the work reflects a new outlook for Malebranche. No longer is he creating the sort of affectingly somber chamber pop that reflects on his past love. He’s moved on and so the music must as well. What that means remains to be heard as the project is still evolving. Hopefully it won’t strip Wooden Rings of what makes its sound so compelling: a strong vision and endless amounts of heart.